Posted by Katy Hancock to the School Guide Blog on 21 April 2021.

Want an A* at A level? Try leaving school.

School closures and cancelled exams have changed attitudes to staying on at school for the traditional sixth form experience. A new breed of sixth form colleges has opened up a world of online learning and wide range of A levels to ambitious students. Many are highly focused on closing gaps in education due to the pandemic and also offer a university-style experience. It's time to re-think "staying on" as the main option for getting on.

The pandemic hasn’t offered a vast amount of positives for GCSE pupils but one upside of a year of remote learning has been freedom from school rules and an upsurge in independent learning skills. Online learning has left many pupils hungry for a new challenge at 16 plus and there are a growing number of colleges that offer an alternative to the traditional move to school sixth form. Post-16 options for students with their sights set on top university places have opened up and "staying on" is no longer the only way to get on. Students don't even have to study locally. Eton and Harrow, two of the oldest and most prestigious schools in the country, are now offering online lessons.

But it’s not just sixth form homeschooling that is booming. Admissions to forward-looking sixth form colleges that perfectly bridge school and university are up by 50% in the last twelve months according to Adam Whitbread, Principal of Kings London. Kings are just one of a new breed of sixth form colleges that offer an alternative for students who are looking for a “mature yet supportive learning environment”. Their ‘no uniforms; no assemblies’ approach has growing appeal in the post-homeschooling world of education.

In the last few years there has been a growing number of pupils shifting schools for A levels. But Covid-19 has been the real game changer. Alternative sixth forms offer a technically brave alternative but with the ‘old school’ ambitious results. In 2020, 88% of the 67 sixth form colleges in England were rated ‘good’ to ‘outstanding’ by Ofsted and A level results were 10% better than the state school average.

School sixth form courses predominantly revolve around the traditional A Level core subjects. English and Maths, History or Sciences and little has been done to shake these up at top schools apart from the occasional sprinkling of Economics or Philosophy.

Dilution of the gold standard A Level structure is a regular political hot potato and consecutive governments have yet to afford vocational training and apprenticeships the respect they deserve. However, sixth form colleges are ploughing their own furrow and dominating the vocational field, with courses focusing on technical and STEM subjects, creative arts and some of the less popular foreign languages.

In many ways this revolutionary step towards a new and technologically dynamic way of learning, could be the one unifying feature for school and college sixth forms. Perhaps by narrowing the divide between methods of learning, students will be presented with more comparable choices.

How do you square a modern approach to education against a traditional pathway? Does attending Harrow or Eton appeal? In the new post-pandemic online learning landscape, everything is possible. EtonX’s courses draw on centuries of Eton College expertise and allow students from across the world to attend remotely. Their new online platform provides students with high quality courses that offer to prepare them for attending the world’s top universities and becoming future leaders.

Courses range from Public Speaking to Resilience and Critical Thinking to Interview Skills. This move away from purely academic study, has real relevance in a post-pandemic world of financial insecurity and tuition fees.

Harrow has also brought out their own solution to the online learning revolution. Harrow School Online is a global sixth form virtual college that combines the rich heritage of a Harrow education with pioneering online teaching and learning technologies. Students aged 16-18 can study rigorously academic A Levels alongside a broad range of extra-curricular opportunities, preparing them for entry to some of the world’s top universities. All while safely fostering friendships with peers across the world.

After a year of uncertainty and closed borders, some of the leading independent sixth form colleges are offering students the chance to broaden their horizons.

Kings Education have sixth form colleges across England (Brighton, London, Bournemouth and Oxford) which promise to be the perfect bridge to the top UK universities. Their statistics certainly paint a persuasive picture with 45% A*- A at A Level and 86% A Level students receiving offers from one of the Top 20 universities.

These dynamic sixth form college campuses offer small class sizes (4-12), degree-level minimum teaching staff, individual support and an interactive ‘Virtual Learning Environment’, that offers parents and students flexible resources for guided and self-study outside class. They also offer flexibility in terms of course start dates with some A level pupils starting in January rather than the traditional September. This gives students time to assess options after getting their GCSE results or taking re-sits.

Universities rate this style of independent sixth form study too. Students arrive at university better prepared for independent study and ahead of the game in terms of their success at degree level. According to the Head of Admissions at Loughborough University, "Sixth form college students such as those from Kings stand out by virtue of their generally above-average degree results and their willingness and ability to immerse themselves in the life of our student community."

Also read: A Parent's Guide To Sixth Form – How to Choose and When To Apply 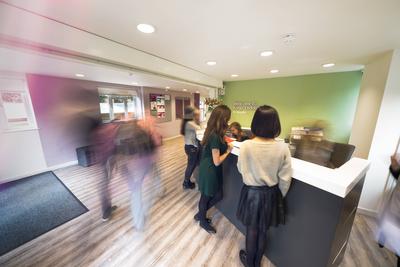 Katy is a freelance writer and former BBC Current Affairs journalist and Panorama producer. She is passionate about independent and verifiable information, has two children and is an experienced governor at a large primary school in Bath. 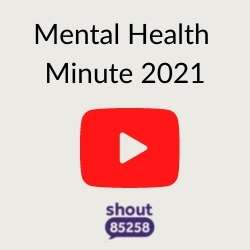 Primary school places: what if we don’t get our first choice school?
Write your review
Thank you for your review!
We respect your privacy and never share your email address with the reviewed school or any third parties.
Please see our T&Cs and Privacy Policy for details of how we treat registered emails with TLC.
Please click on the link in the confirmation email sent to you. Your review is awaiting moderation and we will let you know when it is published. Our Moderation Prefects aim to do this within 24 hours.