5 Tips for Choosing a Sixth Form

When To Apply for Sixth Form

Sixth form options are changing and moving to a new school or college for post-GCSE study is an increasingly common option. Here's the lowdown on what's on offer, how to choose and when to apply.

There are traditionally two options for Sixth Form study. School sixth forms offer pupils the opportunity for all-through study from Year 7 (entry year) to Year 13 (final year when they take A levels). Sixth formers are generally prepared for university admission via A levels, Highers (in Scotland), the International Baccalaureate (a well-established alternative to A levels that offers a broader range of study), or Pre U (a school leaving qualification that is an alternative to the current A Level qualification and offered by an increasing number of schools). Many school sixth forms now also offer the EPQ (Extended Project Qualification) which in an additional qualification to support university admission and show research and study skills beyiond the curriculum.

In addition to offering A levels, many sixth form colleges also offer 16-18 year a wider range of subjects and qualifications, and some specialise in science or the Arts. Most will also allow students any combination of subjects. Some offer as many as forty A level subjects as well vocational and technical qualifications such as the BTEC.

5 Tips for Choosing a Sixth Form

1. If you have your sights set on a specific uni course or career, be sure to know the course or career requirements before choosing your A levels, IB or Highers subjects. Computer Science, for example, may not require a Computer Science A level. Not all schools offer all subjects. Plus, even if they offer your chosen subjects, some schools won’t guarantee to timetable them together and you may need to pick up an alternate subject.

2. Most school sixth forms offer A levels but explore whether the IB with its wider range of subjects is for you. Schools such as the Southbank International School are always happy to help and advise prospective IB students. The broader range of subjects studied via the IB can appeal to all-rounders who are struggling to narrow down to three or four subjects.

3. Think about whether a continuation of your school education would suit you or whether a change to a new environment would be beneficial. Moving for post-GCSE is now much more common.

4. Consider what grades you may get at GCSE. Academic schools might expect minimum grade 7 in your chosen A level subjects with many asking for grade 8 or 9. Sixth form colleges usually have requirements of grade 5 or above.

5. Even though entry grades may be lower, sixth form colleges are no longer considered an easy option and, for many, are a more modern option based on their network of industry support staff and wider choice of subjects. Kings Education, for example, offers a bridge between school and university and is regarded by many leading universities as a first class option for recruiting pupils. Kings also offer the flexibility to start courses in January, which is an excellent for options for any students with GCSE resits or needing to take the autumn term to assess options.

When to Apply for Sixth Form

Pupils who continue at their school still have to register interest and discuss minimum grade requirements. Talk to the head of sixth form regarding deadlines to register.

If you plan to move to a new school or college, planning and applying usually starts around 18 months before the start of the Year 12 academic year. Most selective sixth forms will carry out face-to-face interview, and some independent schools may require pupils to sit an exam too.

There is usually a shorter time frame for applying to sixth form colleges with a summer term deadline – usually around May – to apply ahead of starting in September. 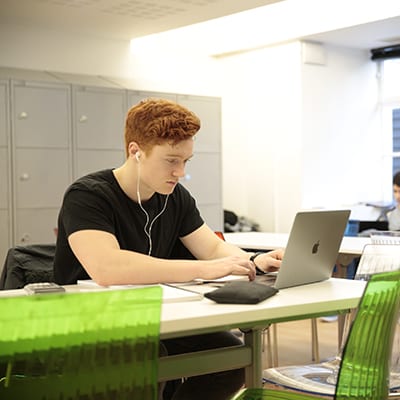