Why I took my son out of school during SATs week 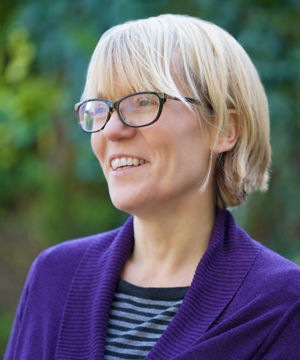 Posted by Dr Linda Mallory to the School Guide Blog on 01 June 2015. 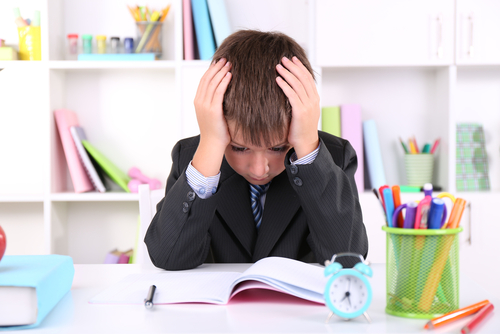 I have three degrees and a Doctorate in Education. Understanding how children learn is not only my job, it is my passion. I was a teacher myself for many years and know how hard the job can be. It is the second hardest job in the world – after being a parent.

On reflection, I think I shocked myself when I decided to take my sons out of school during SATs week. I have the pleasure of working in many schools and love supporting children, parents and school staff. Education and family are two of the most important things in my life. It was not a decision I took lightly.

In truth it was the first time I had ever taken my two boys, aged 9 and 10, out of school during school time. My older son is in Year 5 and my younger son is in Year 4. To be clear: neither were actually due to sit the tests this year – SATs are Year 6 tests – but I wanted to remove them from the pressure cooker atmosphere of school during SATs week. I wanted to take them away from the corridor shushing and the tired-looking Year 6 pupils facing up to nine tests in four days.

I also wanted to test the water and see how we all felt at the end the week. We have a very big decision to make next year as to whether my son takes a battery of tests which are not fit for purpose. Please do not get me wrong; I am very grateful for the commitment and hard work that teachers put into educating my children. What I object to is to a system of teaching to tests. I am pretty sure teachers do too.

In the weeks leading up to the SATs, I saw Year 6 children looking stressed and anxious about going into mock tests. Rows of desks in school halls created images of a style of testing that was previously reserved for Year 11 children, not 11-year-olds.

I was particularly saddened after talking to a talented 10-year-old boy, a gifted artist who felt he was ‘not good enough’ after being labelled a Level 4c in a class dominated by Level 4a children. He felt he was a failure and he hadn’t even taken the tests. In another school, I heard stories of teachers persuading children who were unwell to attend SATs because they were ‘potential Level 5’ candidates and it would impact negatively on the school’s results if the child decided to stay at home.

The more I reflected on the stress and the pressure, the more I came back to a few simple questions:

Are the tests for the school or for the children?

What do we want our children to believe about themselves as a result of being in school?

Do we want our children to feel that school ‘got me to a certain level of attainment’ or that ‘learning is fun and I want to carry on learning’?

Learning is for life, not just for one week

I made the decision to take them out of school during a key week of testing because I want my children to believe that learning is fun. I want them to experience the joy of being a lifelong learner.

Having experienced the 11+ tests in primary school myself, I have no concerns with the basic principle of assessing or testing children. Tests can help put into place a programme that gives children what they need in order to love learning. We need an education system in order that children can develop and understand themselves more fully.

What I have a difficulty with is a blanket inflexible curriculum that does not meet the needs of individuals. Modern tests are used to ‘judge’ schools rather than support learners.

I am concerned that the government is ignoring the advice of educationalists who have committed their lives to researching effective teaching and learning. Movements such as Save Childhood and Too Much Too Soon are worthy examples. These campaigns highlight the way that testing, testing and more testing is eroding our children’s self esteem, wellbeing and mental health. The new government has already announced a plan to introduce SATs re-sits in Year 7 for pupils who ‘failed to achieve good enough,’ standards in Year 6.

No other industry would dare to ignore the advice of experts and professionals. Why does education?

Why not just remove my children altogether and homeschool?

As an expert in education myself, you may think it was a selfish and futile act to remove my children from school the very week their teachers needed to prove their value.

Ultimately, however, I felt there is no other way of showing my dissatisfaction with the tests than to take them out. ‘Oh stop whining and homeschool your children,’ critics might say. No – I believe in inclusive community education and I want my children to play and learn with their peers. Schools are stressful places during SATs s and not examples of the joy of learning. I did not want them to be exposed to fear based learning.

What did we do instead? We spent the the week in Cornwall. We visited Padstow beach, Tintangel Castle, did cliff top walks and ate long, relaxed family meals together. At the end of the first day away another parent from school contacted me to find out why we had not turned up. ‘What’s wrong?’ she texted. Nothing was wrong. In fact, for the first time in a long time I felt everything was ‘right’. The boys were not confined to a stress-filled space sitting tests; they were winding through country lanes with the windows down signing along to Bill Withers ‘Just the two of us’ on the car radio.

I knew there would be more questions and plenty of judgemental statements when we returned to home:

What if EVERYONE did that?

What if your children missed something really important?

A child needs an education – holidays are luxuries.

If they miss SATs, their secondary school will not know their academic level.

All these thoughts, and more, had gone through my mind before I made the decision. I may be mistaken, but in my experience secondary schools ignore the primary SATs and do their own testing and screening to stream children.

I knew the majority of questions were driven by fear and reports on Breakfast TV of ‘irresponsible’ parents being fined for taking their children out of school in term time. Fear drives us to conform and this is mirrored in the fear children feel undertaking SATs.

So, what did I learn from taking my child out during SATs week?

1. My children did not suddenly ‘fall behind’ whatever that means. Five days away did not destroy my boys’ educational attainment. They have their whole life ahead of them to enjoy their learning journey.

2. Holidays are an educational experience and they can survive a week without homework without their levels dropping.

3. My boys have a greater sense of themselves after mastering swimming, tennis and golf as well as experiencing a wide variety of seafood.

4. My boys did not suddenly decide they did not want to go back to school and stay at home all day playing Fifa 15. They bounced back through the school gates the following Monday.

5. The roads, hotels, restaurants and beaches are calmer and more enjoyable when there are less people compared to school holiday crowds.

6. Holidays are a necessity for family wellbeing.

7. Telling the truth and stating that you are having a family holiday rather than lying about a child being ill is liberating.

8. The world did not stop and the sky did not fall in.

I’d like to finish with one very important question that I have been asked probably more than any other:

Would I do it again?

Yes, because in my daily work I see the direct result of the impact of SATs on children’s mental health, self-esteem and wellbeing. And, yes, because I have learnt to make a key decision based on my family’s needs not school attendance figures, pressure from Ofsted or the aims of the government.

Ultimately, however, it will be a decision we make together. My oldest son will be involved in the decision about whether or not to take SATs next year, and my younger son the year after that. Taking them out would be my adult agenda not theirs. They may want to take SATs, who knows? I have heard of children who like the quiet and opportunity to complete the test booklets.

What I do know now is that we need a debate about how children, parents and educationalists can have a voice in a fixed agenda of judging schools based on outdated assessment methodology. I may be wrong but I have a feeling that Albert Einstein or Steve Jobs may not have got a Level 5 in Maths at the age of 11. They were probably being resourceful, asking fabulous questions and problem solving.

Dr Linda Mallory, author of The Why Parent, joins School Guide to launch a new series of articles and vlogs to help parents question the key decisions around school and schooling. Look out for her first vlog in our new Conscious Schooling series on School Guide on Friday 5th June

Former teacher Dr Linda Mallory is a leading Educational Psychologist and Special Needs Co-ordinator. She is founder of The Why Parent which champions a calm, connected and conscious approach to parenting that helps improve family relationships. She is the mother of two primary school age boys