Why are our kids carrying up to 15% of their bodyweight to school?

Posted by Victoria Bond to the School Guide Blog on 08 September 2015. 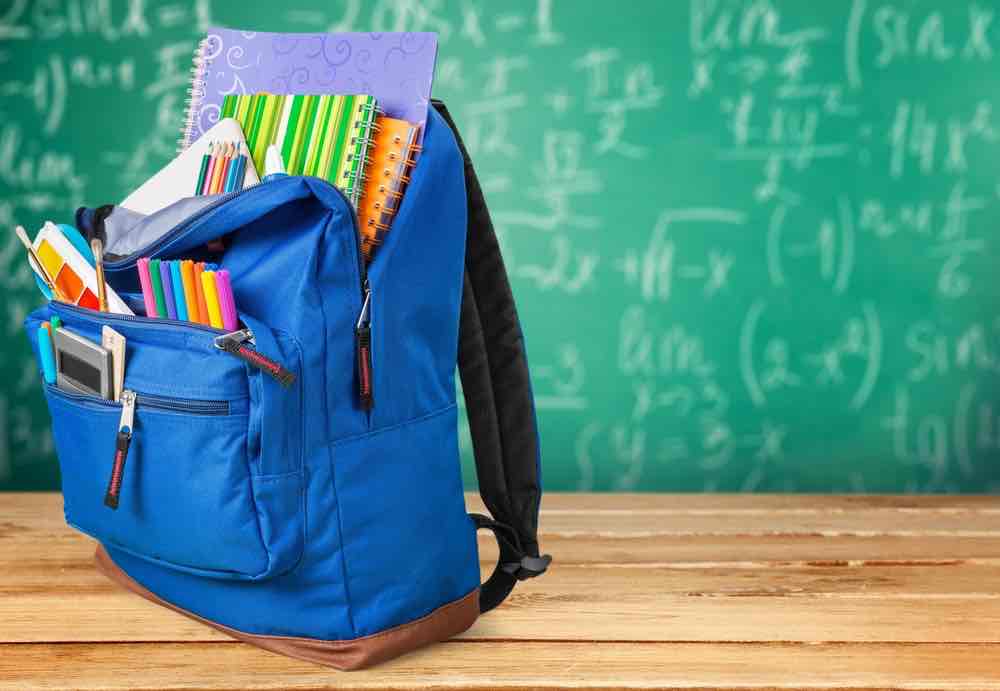 Last week my 11-year-old son went off to big school. I know the definition of big school depends on your own family perspective. It's starting nursery if you have a 3-year-old, primary school for the nearly 5s and, for the thousands of pupils who joined Year 7 like my son, secondary school.

But one aspect of modern school life is indisputably big: the packpack.

The transition to senior school is huge but I've been struck by one big change in particular: the size and weight of my son’s backpack. Backpackitis is rife at the school gates; there are armies of kids lumbering around lopsided with ginormous bags.

I’ve resisted looking inside my son's Superdry pack for the first few days of term but last night I decided to take a peek.

Inside I found: one French text book, one French dictionary, one French exercise book, one Bible, 1 science text book, 1 science folder, 1 wallet, 1 pack of tissues, 1 water bottle (refilled from dubious source), 1 pencil case (stuffed to the gills and including a scientific calculator). I struggled to lift it over my shoulder and this is only one of his school bags.

Apparently it's not enough to only have his right shoulder occupied. He also swings a sports bag over his 'spare' one. Last night this contained: 1 pair of indoor trainers, 1 pair of outdoor trainers, 1 pair of rugby boots, 1 pair of shorts, 2 pairs of socks, 1 rugby top, 1 PE top, 1 pair of swimming trunks, 1 towel. Okay, I admit the contents are OTT but as a new Year 7 unfamiliar with his activity timetable, he is adamant he wants all his kit in his bag so he has the right thing in the right place at the right time.

Actually my son has already figured out that he can wear each bag across his body to balance out the weight as he jumps on and off buses and moves from classroom to classroom across the day. He's clearly getting an additional class every day on top of maths and English: weight lifting.

Leading charity BackCare reports that a quarter of all 12 to 17 year olds suffer from backpain and that we may be sitting on a ‘healthcare timebomb’ that will cause problems, and potentially cost the NHS millions, later in life. Just this week an MP in Australia highlighted the issue of burdensome backpacks and has called for their Education Minister to tackle the growing problem of backpackitis following reports that teenagers are carrying up to 20% of their bodyweight in books.

Worrying claims of heavy backpacks leading to spinal abnormalities in young people have been largely dismissed, however, and there has even been some research published to suggest that small people are physically better equipped to cope with larger loads. But surely there is a better solution?

I understand homework is an integral part of secondary school life but, in this digital age of iPads and e-learning, do they really have to lug around endless books to stay on top of their studies?

Would any secondary school be brave enough to introduce a small wheely case, complete with school badge of course, or would the endless running over of small feet in corridors cause more problems?

I know my 11-year-old packhorse will survive. It’s all part of the transition to being more independent and taking care of yourself. But I do think it's more than an overprotective motherly instinct that makes me want to call for us to lighten the load.