The school uniform debate: one parent explores the pros and cons 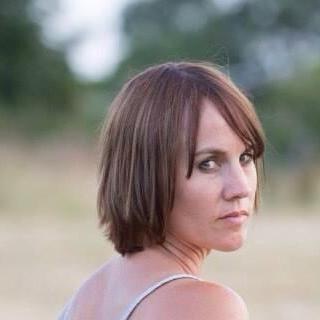 Posted by Sarah Baker to the School Guide Blog on 11 March 2015. 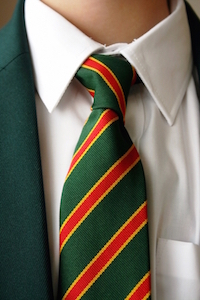 The school uniform debate would appear to be a very British affair. The Europeans are able send their children to school quietly without a monogrammed jumper fuss. Finnish secondary school children, the European darlings of the international performance league tables, do not wear blazers or ties or indeed anything other than exactly what they want.

According to a school uniform survey by the Office of Fair Trading, who look quite sternly at restrictions on where uniforms can be bought on on behalf of consumers, 82% of all English state schools have a compulsory uniform. No wonder, then, that tucked-in shirts and neatly-knotted ties - or lack of them - are regular headline makers.

The Principal of a Bradford college recently sent 152 pupils home for uniform ‘infringements’, followed by 63 pupils the following day and 33 on the third day of the exercise. The Head went on record defending her approach by arguing that "dress-code discipline will lead to academic success."

In response, articulate A-level student Emma Jacobs wrote an article in the Guardian arguing that wearing a uniform doesn’t actually help you to learn. She wrote: A uniform is a distraction. Teachers spend time and energy policing uniform when they could presumably be teaching us. The flipside of conformity is dullness. A bland uniform suppresses our right to express ourselves through clothes.

In general, however, the Ban The Blazer Brigade doesn't seem to get much air time. The Department of Education gives guidance on school uniforms and "strongly encourages schools to have a uniform as it can play a valuable role in contributing to the ethos of a school and setting an appropriate tone."

For many parents, the first day at school picture has become a rite of passage. It’s a sobering moment when we see our baby in their first school uniform complete with a bag that’s way too big for them, super shiny scuff-free shoes, and everything - everything - ironed and labelled to within an inch of its life. It’s a big event. Many of us wouldn't want to miss it.

Even after the glow of the first day pride has subsided, most of us tend to agree that, despite costs, a uniform makes life easier. When my eldest child first attended primary school in London, there was a no-uniform policy (now reversed). At the time my daughter was confused, asking: "Mummy, when do I start school properly?" In every book I sourced and read with her in preparation for the Big First Day, each and every child pictured was in a uniform of sorts. My daughter clearly felt a little cheated.

For me, the no uniform system was great - initially. Having almost an entire wardrobe to choose from made life easier when a busy weekend meant that little laundry had been achieved by Monday morning! No ironing shirts; no shining shoes.

However, allowing a little girl free reign of a fairly extensive wardrobe would lead to much indecision and high drama, the result of which was many a costume change. All before 7am. The lack of uniform proved to be both a blessing and curse.

We moved cities and schools and my younger daughter joined her sister in the same primary school with the same uniform. Every child looks the same, which is great for the daughter who wants to fit in but "hideous" for the fashion wannabe who wants to stand out.

Laundry aside, there are certainly pros and cons of both systems. I can see that the uniform instantly helped them feel part of the new school community, but I can’t see any change in their academic achievements. Mercifully, that would appear to be down to the abilities of the wonderful staff.

Now that my daughter is in year 6 and heading for senior school in September, I can see a whole new side to the school uniform debate developing. In time honoured fashion, I am anticipating arguments about skirts being rolled up too high and non-permitted shoes being stashed in bags.

And so another very British tradition begins…

Sarah Baker is a freelance writer, and a mother to two daughters. Based in Bath, Sarah writes about all things parenting, lifestyle and family and brings a mum's eye view to school news and issues on School Guide.