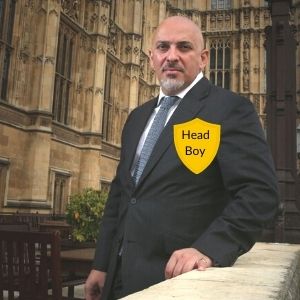 The Department for Education is under new management with Gavin Williamson and schools minister Nick Gibb both getting the sack.

Zahawi has often been praised by Boris Johnson for his efficient and fuss-free jab roll out and his arrival brings Gavin Williamson’s controversial and gaffe-prone tenure to an end.

But what do we know about the new Education Secretary and what changes is he likely to priortise?

1.
Privately education at Ibstock Place and Kings College Wimbledon, Zahawi, 54, is an entrepreneur who co-founded the polling company YouGov and already has some experience in education. He was an apprenticeships advisor to Downing Street and served as minister for children and families.

2.
The MP for Stratford-upon-Avon was born in Iraq but his family fled Saddam Hussein’s regime, and Zahawi came to the UK when he was nine. He studied chemical engineering at University College London.

3.
According to website TheyWorkForYou, the website about MPs, votes and Parliament, Zahawi has “consistently” voted for greater autonomy for schools and in support of the academies programme. He’s widely expected to lead a programme of changes to A level gradings and university admissions. There is also the difficult decision to be made over how to grade and award the results of next summer’s exams, which are a little more than six months away for this year’s cohorts of year 11 and year 13 students.

4.
One of the most out-spoken education commentators, Geoff Barton, general secretary of the Association of School and College Leaders, welcomed Mr Zahawi to the role, adding: “The Department for education may be under new management but the same challenges remain. More ambition is needed in the post-Covid education receovery” and the government “must be open to considering the future shape of qualifications”.

5.
Zahawi is joined by new schools minister Robin Walker, after Nick Gibb was sacked after 9 years in the department. Walker, 43, is a former Northern Ireland Office minister who set up his own internet business after leaving university and also worked in financial services. He previously served as a parliamentary private secretary to former education secretary Nicky Morgan.

6.
While returning rigour to the exam system is a pressing issue, Zahawi’s first major challenge will be next month’s education spending review. It’s widely understood that as respect for Williamson waned, he struggled to sway the Treasury over crucial funding decisions and lack of funding was a major reason why Sir Kevan Collings, the government’s catch-up tsar, quit in spectacular fashion earlier this year. Zahawi is expected to tackle pressing financial issues including repairs to school buildings, teachers’ pay, higher education funding and tuition fee loans.

Stay up to date with changes to exams, school rules and key education stories in our School Guide newsletter

Nadhim Zahawi: What We Know About The New Education Secretary
Write your review
Thank you for your review!
We respect your privacy and never share your email address with the reviewed school or any third parties.
Please see our T&Cs and Privacy Policy for details of how we treat registered emails with TLC.
Please click on the link in the confirmation email sent to you. Your review is awaiting moderation and we will let you know when it is published. Our Moderation Prefects aim to do this within 24 hours.