Posted by Victoria Bond to the School Guide Blog on 20 August 2020. 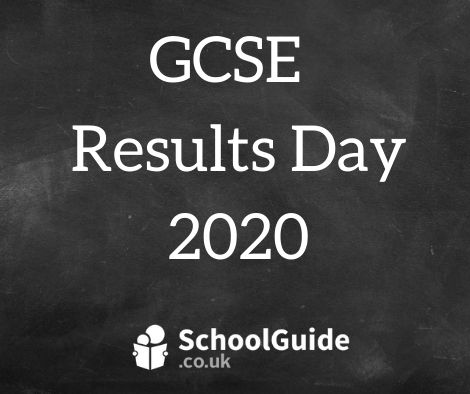 GCSE grades for England's pupils released today mark the highest pass rate and the highest proporation of top grades since the qualification was reformed in 2017.

Pupils who had their GCSE exams cancelled during the most disrupted academic year in UK history, saw grades increase after a week of exam chaos in which Ofqual, the exam board regulator, withdrew their controversional algorithm as the main grading criteria.

Today, pupils received whichever was the higher grade out of the teacher assessed grade (known as a CAG) or the grade based on the Ofqual algorithm.

Thousands of A level entries were also upgraded today, following the U-turn allowing results to be awarded based on teacher assessed grades.

> Disadvantaged pupils one of biggest winners from the 2020 GCSE results. Nearly 10% increase in pupils in England achieving a grade 4

In Wales, where grades are still awarded alphabetically (A-U), 26% of results were at grade A*or A – up by eight percentage points from just over 18% in 2019.

In Northern Ireland, 37.1% of pupils achieving grade A* to A - up by 5.7 percentage points on last year.

The numbers receiving A*-G grades increased by 0.9 percentage points to 99.7%.

In a otherwise positive day for many after a week of chaos and confusion, exam board Pearson announced that BTec vocational exams, due to be awareded to 250,000 students, would not be released on time as they would need to be regraded based on internal assessments.

Since the U-turn and CAGs being used as a key part of the grading process, Ofqual, the body which oversees the examination process, is clear that students and/or parents have no right of appeal against the Centre Assessed Grade submitted by the school apart from in exceptional circumstances where there are concerns of bias or discrimination.

Schools also cannot appeal against a CAG that they decided was correct at the time of submission expect in cases where there has been an adminstrative error with the CAG or rank order information. Admin errors might include, for example, mixing up two students with similar names or accidentally inputting the wrong data.

The Centre Assessed Grades 2020 appeals policy is only for cases where students and/or parents feel that the school has been, in submitting a CAG, either:

(i) biased or discriminatory, or

(ii) where there is any other factor that suggests that the school did not behave with care or integrity when determining the centre assessment grade and/or rank order information.

Students are advised to contact their school in the first instance if they believe either of these criteria apply. Students can also take concerns to the relevant exam board if more appropriate. Ofqual say such concerns would be "very serious and we expect them to be rare."

Education Secretary Gavin Williamson has now ruled out using mock grades as any part of the appeal process.

The general appeals process and accompanying guidance against the final Examination Board grades awarded in summer 2020 is available here.

Re-sit entry and exam dates are confirmed. AS and A-level exams will take place between October 5 and October 23, and GCSEs will go ahead between November 2 and November 23.