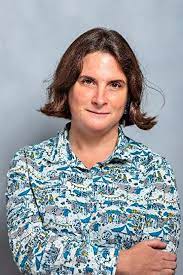 Posted by Dr Naomi Fisher to the School Guide Blog on 01 July 2022.

Naomi Fisher is a leading clinical psychologist who decided school wasn’t the best place for her children to learn. What, she says, if we started to think of educating at home as stepping IN to something positive with our children rather than dropping OUT

When my children were young,  I visited all of our local primary schools. I was given tours of the playgrounds and shown the gardens where children were growing tomatoes and potatoes.  I agonised about making the right choice for them.  I wanted, like so many other parents, for them to excel and be happy.   Back then, I thought that finding the right school was the way to do this.

After I had visited several schools, I started to notice that despite superficial differences, the fundamentals were very similar everywhere I went. There were teachers who were delivering the curriculum.  There were rooms full of children, who were seated at desks and (mostly) listening to the teacher.  There were behaviour systems in place for those who didn’t comply. There was less time for play as children moved up the school.   There was little space for children to follow their interests once they were beyond Reception.  Children moved through the school based on their age, and comparisons were made with others of their age.   Some children were judged to be ‘doing well’ whilst others were ‘behind’.  Schools work in a certain way.  It was the same when I was at school.

Many children do find the right school, and settle in happily.  For some children, it just doesn’t fit.  They don’t learn well in this sort of setting.  They strongly dislike being told what to do, or it seems that their skills are out of kilter with what is expected for their age group.   They don’t like being in a large group of others, or they find the playground terrifying.  They start to dislike learning, or to say that they are stupid.   Sometimes they resist going to school.

Many children do find the right school, and settle in happily.  For some children, it just doesn’t fit. This isn’t necessarily about the school itself doing anything wrong, or their teachers not being good.

This isn’t necessarily about the school itself doing anything wrong, or their teachers not being good.  All children are different and they experience the world in different ways.  A school which one child experiences as friendly and welcoming can be overwhelming for another child.  There is no one-size-fits-all.

Sometimes a move helps, and a new school is different. Sometimes an alternative approach is possible and schools can do things to help.  Sometimes, however, it’s the fundamental assumptions upon which school is based which are the problem.

For school takes autonomy away from children in the name of education. It prevents them from making choices about what they do. Instead, school tells them that doing what they are told is the best way to learn.  We know that humans thrive on autonomy. Being able to make meaningful decisions about your life is important for our sense of self and emotional wellbeing.

A large body of research (outlined in Daniel Pink’s book Drive, see below) finds that people of all ages have the strongest drive to do well and learn when they can make autonomous decisions, when they have supportive relationships and when they feel that they can be competent.   When these things are in place, children and adults are intrinsically motivated to learn. Most of us know this because we’ve seen it in our young children.  Young children explore the world around them with enthusiasm and energy and as they do so, they learn. They ask questions by the thousand. In fact, it’s stopping them doing so that is the problem.

Young children explore the world around them with enthusiasm and energy – and, as they do so, they learn. They ask questions by the thousand. In fact, it’s stopping them doing so that is the problem.

Schools do not mostly provide the circumstances for intrinsic motivation to flourish, and so they tend to motivate children extrinsically instead.  They reward those who do well with praise and gold stars.  They punish those who do not with disapproval, missing breaktime or detention.

There’s a problem with this.  Research shows that when you use extrinsic motivation to get someone to do something, this has a damaging effect on their intrinsic motivation.  The more you try to make them do something, the less they want to do it for their own reasons.  This means that the strategies that schools use to motivate children can damage their intrinsic desire to learn.

When this happens, children can lose their zest for learning. The curiosity and exploration of the early years disappears. Instead, they become demotivated and apathetic, or disruptive and hostile.  They just don’t see the point.

At this point you may be thinking, there’s no way I could do that!   You might be thinking, my children won’t even do their homework, how on earth could we home educate? You’re thinking, my child’s behaviour is so challenging, I can’t imagine having to cope with it all day every day.  You’re worrying that your children will fall behind, and that they’ll never function in the ‘real world’. Maybe you’re worried about screen time, and that they will spend even more of their time on a device.  You’re worried they’ll be a ‘drop out’.

It's a very different way to learn, that’s for sure.  But there is research which shows that it works, and that young people who are educated this way can go onto higher education. Also, home education can work in many different ways, including looking nothing like school, and there are options to attend a self-directed learning setting, local home education groups or learn with an online community

You might be thinking, my children won’t even do their homework, how on earth could we home educate? Maybe you are worried about screen time, and that they will spend even more time on their device.  It's a very differnet way to learn, that's for sure. But there is research which shows that it works. Also, home education can work in many different ways: there are options to attend a self-directed learning setting, local home education groups or learn with an online community.'

Things are very different out of school, and children’s behaviour can change significantly once school is no longer on the horizon.  It’s no longer about making them do homework.  It’s about helping them thrive.  It’s about living in the real world; right now.

And screen time? It’s one of the bogeymen of our age.  It haunts so many parents.  Like the bogeyman, however, it doesn’t really exist.  ‘Screen time’ as a concept makes no sense, unless you genuinely think that it’s the glass screen which is the problem.   There is no research evidence that being on a screen makes an activity damaging.  Screens are a way of accessing the world. Every day  I read, interact with friends, write books, watch documentaries, play games with my children – all via a screen.  During the pandemic, a screen was my only source of social interaction outside my family.  Screens can be a force for good in our children’s life, expanding their life and opportunities.  They can be a valuable part of a full life.

Let’s go back to my school visits, tramping round London primary schools in the hope of finding the right match for my kids.  Well, after about eight visits I decided that we’d take another path, and my children stayed at home instead. They’re fourteen and eleven now and they’ve never been to conventional school.  They’ve been to two different self-directed learning settings, as well as years of home education.  One of them is passionate about maths, coding and languages, whilst the other is all about art and cats.   They choose what they do, and as they do so, they learn.

Along the way, they’ve challenged everything I thought I knew about learning.  It turns out that many of the things I thought were essential for education are actually more about school.  It’s possible to live and learn in a very different way, without most of the trappings of school.

So that’s why I ask parents, when they tell me about making school choices, whether they’d ever considered giving school a miss and dropping into something else altogether?

For, you know, school isn’t the only way to get an education.

Dr Naomi Fisher is a Clinical Psychologist and Author of Changing Our Minds: How Children Can Take Control of their Own Learning.

Drive: The Surprising Trust about What Motivates Us – Daniel Pink

Changing Our Minds: How Children Can Take Control of their Own Learning – Naomi Fisher

Free to Learn: Why Unleashing the Instinct to Play will Make Our Children Happier, More Self-Reliant, and Better Students for Life – Peter Gray

School’s Out: The Arguments for Self-Directed Education – Naomi Fisher

The Side Effects of School: A Crisis in Mental Health Can’t Be Solved Through Therapy – Naomi Fisher (The Psychologist)

The Real School Guide 2022
Write your review
Thank you for your review!
We respect your privacy and never share your email address with the reviewed school or any third parties.
Please see our T&Cs and Privacy Policy for details of how we treat registered emails with TLC.
Please click on the link in the confirmation email sent to you. Your review is awaiting moderation and we will let you know when it is published. Our Moderation Prefects aim to do this within 24 hours.